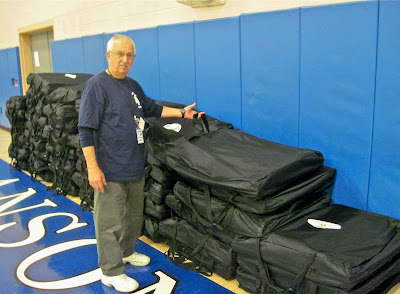 Naugatuck Valley residents took a wait and see attitude concerning Hurricane Sandy.
As of late Monday morning just one senior citizen was staying in the emergency shelter the city had opened at 8 a.m. at Ansonia High School.

Beverly Favreau, who lives in the Ansonia Housing Authority’s Central Street Apartments complex, was reading as she sat on a cot in the gymnasium.

“I just was concerned when I saw on the TV that parking lots in Stratford were flooded,” Favreau said, and she decided to evacuate. Her sister gave her a ride to the shelter, she said.
Favreau was 11 when the Flood of ’55 devastated the Valley, and she said she has vivid memories of the devastation.

“You can’t trust the Naugatuck River,” she said.

Favreau was living on Maple Street in Seymour at the time and remembers that her church, Seymour Congregational on Broad Street, sustained a lot of damage. “I hope my church is going to be OK,” she said.

Bialek said the city has made accommodations to have Valley Transit District buses and buses from Emmett O’Brien (Technical High School) available “to use if a mass evacuation is needed.”

The high school is at 20 Pulaski Highway. Ansonia Rescue Medical Services’ personnel stationed there said they were there for the duration of the storm.

“We’re prepared to be here as long as necessary,” Bialek said. Drinking water is available there, as are 150 sanitized cots and blankets from Federal Emergency Management Agency, he said.

She had her 15-year old twins, Andrew and Jenn, with her to help at the shelter. “They’re Junior Corps members,” Godfrey said, and have been involved with the organization for many years.

Major Theresa Burkholder from the Ansonia-based Greater Valley Salvation Army arrived at the shelter to offer her agency’s assistance.

“We’re available if there’s a need,” Burkholder said. “We can provide meals, and we have blankets, toiletries, diapers, and other supplies,” she said.

Burkholder said she would deliver items to Ansonia High School if requested.

In Derby, schools are closed today and Tuesday. Derby Middle School on Nutmeg Avenue has been designated as an emergency shelter, if needed, according to the city’s Office of Emergency Management.

Also, according to a statement released by FirstLight Power, which owns and operates the Stevenson Dam, water levels have been lowered to “create space” with the storm impact.

The Derby Riverwalk is also closed until further notice.
Across the Housatonic River in Shelton, residents in several flood-prone areas of the city are being urged to evacuate and move to higher ground. According to the city’s Office of Emergency Management, residents of the Maples, Upper Birchbank, and Birchbank area are advised to move personal items and seek shelter at higher ground as soon as possible, due to the potential for the Housatonic to rise at a rapid rate.

The Shelton Senior Center, at 81 Wheeler St, opened at noon Monday as the city’s emergency shelter.

Shelton schools are also closed Monday and Tuesday. Trash and recycling collection has also been suspend, and is slated to resume Wednesday, Oct. 31, according to Public Works Director Paul DiMauro.

Those with any questions can contact the Office of Emergency Management at (203) 924-5941.

Seymour First Selectman Kurt Miller said preparations have been ongoing since Thursday as officials have been meeting with police, fire, public works and emergency management officials.

Seymour Middle School, at 211 Mountain Rd., has been designated as the town’s emergency shelter. Those in need of assistance, especially those with special needs, are urged to call (203)888-1909 to make arrangements. Pets will also be allowed at the shelter, officials said.

A couple of community events have also been cancelled, due to the storm. The annual Trunk or Treat Halloween event has been rescheduled to Sunday, Nov. 4, at Seymour Middle School. The Seymour Historical Society was also scheduled to host a presentation Monday night on the History of the Stevenson Dam, which has been postponed to a later date yet to be determined.

The above story is also at www.nhregister.com. Check back for updates.

Update: Derby Mayor Anthony Staffieri said that at 2 p.m. he had just returned from areas of the city near the Housatonic River.

He said McConney’s Grove off Roosevelt Drive and O’Sullivan’s Island were “still in great shape. There were no significant water problems.”

“Wind could knock down trees which could down power lines,” he said.

“Their equipment is in good working order, and the flood gates have been closed,” he said.

If it’s necessary the city will open Derby Middle School as a shelter, with Bradley School as a secondary location if needed, he said.

“We have food and water, we’re prepared.”

Staffieri said it appeared that City Hall would be closed tomorrow.

“We encourage people to call the police department, the fire department, or public works,” he said. “Right now they are waiting for a call. Hopefully there won’t be any calls. That means that there were no problems.”

The waiting is the hardest part

Sandy is on her way, now all I see is gray.
There is occasional wind but that's nothing compared to what is supposed to get here.

If any readers have photos to share, please send them to pvillers@nhregister.com.
I will post them here on the Valley blog and submit them to be used on our site, nhregister.com. 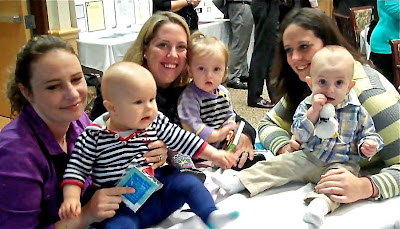 Several first-time moms and their babies attended a celebration Thursday of Griffin Hospital's designation as a Baby-Friendly hospital. Pictured from left are Alina Probierz of Seymour with Liliana Nowak, nine months; Meghan Cole of Milford with Ella, 11 months; and Jaimie Kassheimer of Ansonia with Zach Kassheimer, nine months. Patricia Villers/Register


Griffin is one of only five hospitals in Connecticut to receive the designation. See story today for more on this upbeat award.

* I've been rather busy with writing for work this month (breast cancer awareness and all) and really can't think of much to write about here on Late Bloomer, so today I've decided to re-post from my work blog.

I've written two spooky stories for the Halloween season and looking forward to them running in the paper in the near future. Gotta have a little fun!

My very own 'Grim Reaper' 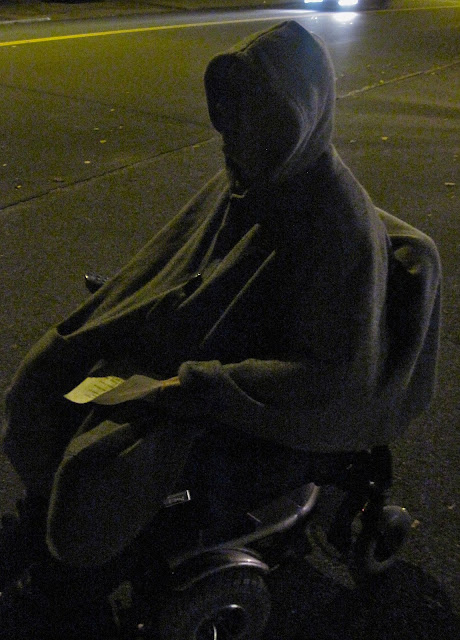 Who knew that the Grim Reaper uses a wheelchair?

This creepy fella is actually my husband Ralph. He and I had a great time Saturday night getting into the spirit and telling a scary story outside the Edward F. Adzima Funeral Home on Elizabeth Street in Derby.

We were part of the Derby Cultural Commission's second annual Haunted Lantern Tours event, which by all accounts was a big success.
The walking tour stopped at several downtown locations where stories about "The Dark Side of Derby" were recounted.
The tour ended with people getting a chance to go inside the historic (and haunted?) Sterling Opera House across from the Derby Green.

We hope those who took the haunted tour and heard the spooky stories enjoyed themselves as they learned some Derby history and legends.


Before the tours the Cultural Commission sponsored a "Fright Night" for kids 12 and under, which featured a Halloween costume contest, magic show, and more.

To see photos from the daytime event visit the Cultural Commission's page on Facebook.


{This is a re-post from my View from the Valley blog for the New Haven Register.}

Ralph, my mother, and I went to a parents' weekend BBQ lunch Saturday at the University of Hartford.
Cameron is rather tired of school food and didn't even eat with us. He's graduating in less than two months so he won't have to deal with it any more.

At least the weather was with us. It was a gorgeous afternoon.

That name tag looks dopey where I pinned it on Ralph, but it is what it is!

Haha. He is a good sport!

I wrote this yesterday for my newspaper blog. It's another in an occasional series on my breast cancer journey.


DERBY - My daughter and I attended a reception Thursday to kick off a free survivorship program at the Center for Cancer Care at Griffin Hospital.

What better time to launch the initiative than during October, National Breast Cancer Awareness Month?

I was among almost 20 breast cancer survivors there who learned about participating in the program.
Griffin will be scheduling workshops on topics such as rehab, pastoral care, nutrition, and exercise.

I'm looking forward to being a part of it, and sharing my experiences with readers here on the blog and in the newspaper.

Some of my friends and acquaintances who work at the Center for Cancer Care at Griffin Hospital in Derby, Ct. Wonderful people I'm grateful to have met.

Daughter Allegra and I went to a kickoff reception Thursday night for a breast cancer survivorship program.

The program has been in the planning stages for a while and the launch was delayed, but October is an ideal time to start it.

It's National Breast Cancer Awareness Month after all!

I wrote a story about the event for the newspaper.

Since there are shadows in the pic I snapped that night I thought I'd use it today. Double duty and all. ;-)

See lots more shadowy pix from across the globe at Shadow Shot Sunday 2.


This is the cupola of the stately Sterling Opera House in Derby, Ct. contrasted with the roof lines of a modern shopping plaza in the foreground. 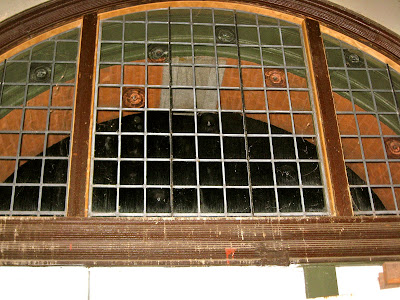 Here's one of the windows in the vacant opera house as seen from the interior. 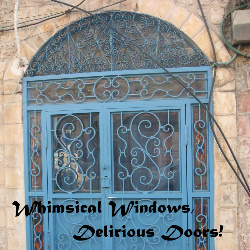